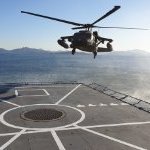 By 01CelicaGTS,
May 13, 2010 in Helicopter Flight Training - School Reviews